Perfidious and Perverse, and Overripe for Rebellion – that’s us Northerners

British history, I think it’s fair to say, is mainly English history, but we can break it down further than that: most of it is Southern English history told by men of a certain standing, often with reputations to uphold and agendas to adhere to. Is that fair? Of course, I’m not counting Northumbria’s own Venerable Bede in this statement but looking at Bede gives us another angle (no pun intended) to come from. Early British history is Christian history and that comes with an agenda as well. The Vikings didn’t write anything remotely extensive until centuries after their invasions, and anything they did write initially was through the use of runes, most of which were cut into sticks and therefore are not available to us through age. Pre-Christian Angles, Saxons, Celts and Britons were similar to the Vikings when it came to recording history or telling stories, and Druids didn’t write their practices down because they were suspicious of the act of writing and conscious of keeping power to themselves. The Romans wrote of course, but they were early to Christianity and even earlier to the powerful art of spin-doctoring. And so, I think it’s fair to say that we don’t have a balanced view of our own history, with regards to class, gender, belief or culture.

And so, please take that into consideration, when you read these quotes below, given to me through the introduction of Alexander Rose’s wonderful book ‘Kings in the North.’

First, here’s Rose himself, an American who had only visited England a few times and only then the South, when he decided to write a book about the Percy family, the earls of Northumberland prominent in the Anglo-Scottish wars and in Shakespeare’s history plays.

“Northerners, it seemed, were regarded as quite a separate breed. Nowadays, of course, they still are. To Southerners, the North is a gruff, poor, grim, gritty, slightly backward, alien, cold, soggily sentimental, violent place populated either by pale young men wearing t-shirts in the middle of winter or recalcitrant yokels. 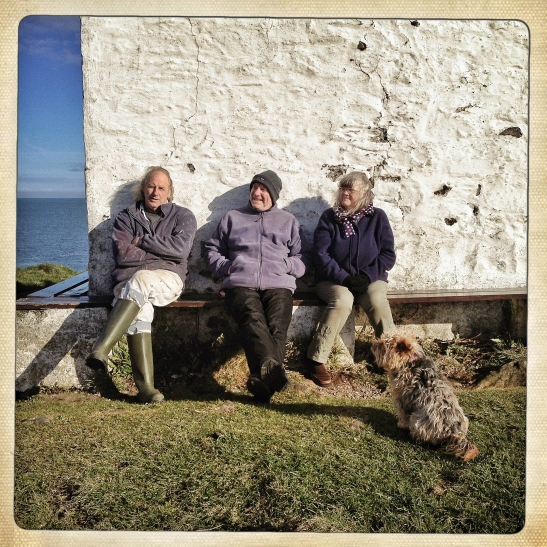 When the earl and his Northern retinue travelled to London, locals would stare at the foreigners. The Northerners were poorer and rougher, and it showed. Northern soldiers, overdressed for the warmer climate, sweatily clanked through the streets carrying older style weapons and outmoded armour; even the earl’s warhorse was a feeble creature compared to the splendid steeds favoured by Southern magnates. The Northerners were permanently wary and clannish: a product, no doubt, of the Anglo-Scottish frontier, where their lives, wives and property had been, since the Conquest, at almost constant risk from Scottish raids. To them, the last man standing between Northerners and destruction was not the faraway king, but a Percy. He was their commander, their protector, their judge and sheriff.”

And here’s some more quotes from Rose’s book…

“In 1888, confident that intelligence and ability could be scientifically measured, Arthur Conan Doyle – creator of the rationally minded Sherlock Holmes – once analysed the Victorian great and good. Of the five Northern counties – Northumberland, Cumberland, Durham, Lancashire and Yorkshire, Conan Doyle found that ‘the proportion of celebrities to the total population is low as compared with many other districts of England’. In particular, ‘Northumberland produces men of a practical turn and there are no poets and few authors in her records.’”

I think you’ll find that’s no longer the case, Mr Conan Doyle; and that’s presuming it was in the first place.

This is Havelock Ellis, seeking ‘a comprehensive view of the men and women who have chiefly built up English civilisation’, writing just after Conan Doyle:

“The Northern half of England, in proportion to its size, has not produced many men in purely intellectual fields. Indeed its children have usually been more remarkable for force of character than for force of intellect.”

Here’s a great stereotype for you:

“After defeating Richard III at Bosworth in 1485, the new king, Henry VII, set off for York in order to ‘keep in obedience the folk of the North, savage and more eager than others for upheavals’. The ‘rude people of the North’ were ‘more superstitious than virtuous, long accustomed to frantic fantasies.’

This one’s from the 16th century, written by the Southern historian Richard Layton, deriding Northerners for “haughtiness, being perfidious and perverse, overripe for rebellion and ferociousness.”

Geoffrey of Monmouth’s History of the Kings of Britain, written in 1135:

“It was a frightful land to live in, more or less uninhabited, and it offered a safe lurking place to foreigners. Indeed, by its very geographical position it lay open to the Picts, the Scots, the Danes, the Norwegians and anyone else who came ashore to ravage the island.”

Around the same time: “the men of the south beeth easier and more mylde, and men of the north be more unstable, more cruel and more uneasy.”

And in 1550, Sir Robert Bowes reported to the Marquess of Dorset that those residing in North Tynedale “were wild and misdemeanoured people much inclined to disorder and given to theft, and must be kept continually in dread of justice under their keepers.”

And finally, let’s go back in time to the arrival of the Vikings in York in 867. Asser, Alfred the Great’s Welsh biographer, noted that “a great dispute, formented by the devil, had arisen among the Northumbrians, as always happens to a people which has incurred the wrath of God.”

Quotes like this of course, explain historical events as the will of God. If something terrible happens such as invasion or plague then it must have been punishment by God for sins committed, just as Bede described the earlier Anglo-Saxon ‘invasion’ of Britain. The 12th century author Gesta Stephani concluded with Asser:

“The root and origin of all evil arose in that part of England called Northumbria, to produce plunder and arson, strife and war.”

To blame the Northumbrians for the Viking invasions is, in hindsight, obviously unfair. Admittedly, greed and infighting had caused civil war in Northumbria and thus weakened their defences, something the Danes would have been aware of and wanted to take advantage of, but the long thin, usually flat stretch of coastline, plus the massive estuary at its southern border of the River Humber, all made it’s physical landscape invitingly open too.

Of course these quotes are all historical and historians nowadays are much kinder to the north, recognising the beauty of its landscape, the friendliness of its people and the historical importance of its prominence in culture, politics and Christianity. Or are they? I have a friend who refuses to read any more Simon Schama books because she states they barely touch upon the North of England and its contribution to history. As for myself, well I watched with interest a programme last year that showed the recent startling excavations on the Orkneys and the Shetlands. Their thoughts were that the culture up there was more advanced than down south, this being the time of Stonehenge. They questioned that British culture came from the south, indicating instead that it could have come from the north and filtered downwards. The map looks very different when you turn it the other way round.

Personally, I’m a proud and peaceful Northumbrian who has been honoured to have had the chance to travel around the wonderful North of England and Southern Scotland these last two weeks. Maggie O’Neill (Ustinov College at Durham University) and Adrian Simpson (Josephine Butler College), thank you so much for giving me this opportunity. As for being “perfidious and perverse,” well I’ll leave that for others to decide…

5 comments on “Perfidious and Perverse, and Overripe for Rebellion – that’s us Northerners”

This entry was posted on May 1, 2013 by richardwhardwick2013 in Blogs by Richard W Hardwick.